PREDICTING THE GLOBAL COASTAL OCEAN:
TOWARD A MORE RESILIENT SOCIETY

PROPOSAL FOR A UNITED NATIONS DECADE OF THE OCEAN PROGRAMME

The basic concept of a Global Coastal Ocean was defined about a decade ago in five Volumes of The Sea (Vols. 10 to 14, Harvard Univ. Press). The revised definition is:

The coastal ocean is that interface area where land, hydrology, ocean and atmosphere interact in a multiplicity of space and time scales and give rise to the greatest ocean productivity and the strongest interaction between fresh waters, including glacier waters, and saltwaters.
It is believed that, after thirty years of development in ocean predictions and operational oceanography, we are  capable of understanding and predicting this complex zone where most of the human population live and the impacts of climate change will be amplified.
Most sustainable development goals (SDGs) consider the socioeconomic and environmental problems connected  within this crucial area. All these goals require increased knowledge and advanced predictions of the global coastal ocean in order to provide solutions for the management and sustainable exploitation of the resources.

THE PROGRAMME IN A NUTSHELL

The Programme outcomes and outputs will be:

The 17 SDGs are the primary drivers for a UN Decade Programme on “Predicting the Global Coastal Ocean”.

The contribution that the Programme could offer to the 17 SDG targets is discussed in the Table below.

The role of the coasts in the large-scale ocean circulation has been recognized since the beginning of modern oceanography and meteorology. Coasts are the waveguide for tidal waves and Kelvin waves, and play a key role in the dissipation of ocean energy. They are sources of energy for baroclinic Rossby waves crossing the ocean basins
and accumulating energy in western boundary currents. Coasts shape specific upwelling/downwelling processes, are regions of freshwater influence from rivers and glaciers. Coasts interact strongly with slope currents, and lastly they are the sites where marine biogeochemistry and physics connect to produce the largest atmospheric CO2 sinks.
Despite these key issues, the “generic” understanding of the global coastal ocean is still lagging behind other topics in oceanography, probably because of the fragmented scientific approach related to the varying coastal specificities. However, Robinson and Brink (2010) attempted to define the concept of the “global coastal ocean”,
highlighting that a common scientific approach to studying the different coastal areas is possible and potentially very important. This is the key idea for this Programme.

In order to achieve the goal of understanding the different but similar “global coastal ocean” areas several scientific questions need to be investigated, including:

Some of these topics will be matched to specific solutions and services to be developed by Projects within the Programme or will become Projects themselves.

SOLUTIONS AND SERVICES FOR THE GLOBAL COASTAL OCEAN 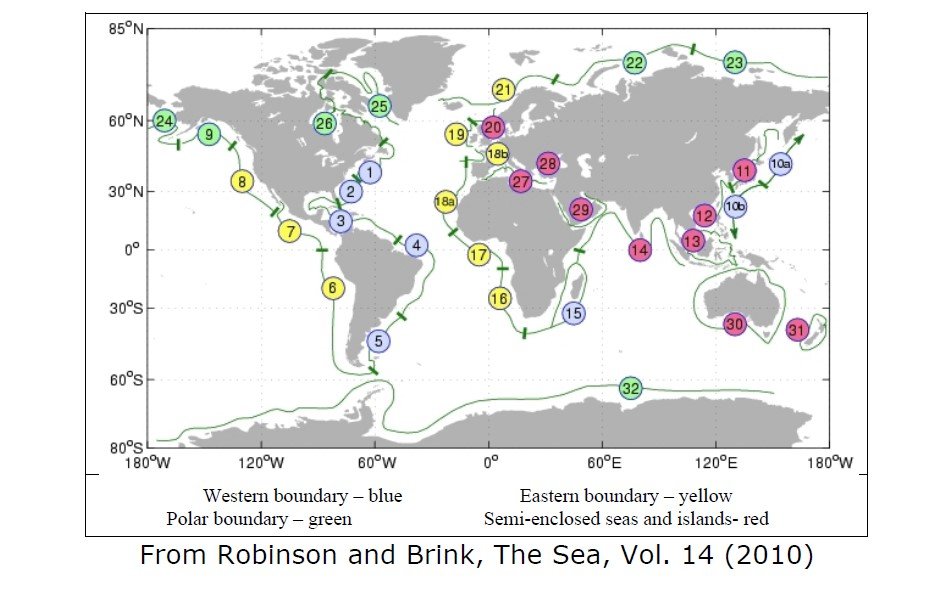 Several Decade Projects should be created on the basis of scientific and implementation challenges in the contrasting coastal areas.

Projects should be formulated to devise solutions and services on the basis of the “predicted ocean products”, including:

You can find out more about which cookies we are using or switch them off in settings.

This website uses cookies so that we can provide you with the best user experience possible. Cookie information is stored in your browser and performs functions such as recognising you when you return to our website and helping our team to understand which sections of the website you find most interesting and useful.

Strictly Necessary Cookie should be enabled at all times so that we can save your preferences for cookie settings.

If you disable this cookie, we will not be able to save your preferences. This means that every time you visit this website you will need to enable or disable cookies again.